If you aren’t planning to move to a new city, you’re going to want to after reading about these ten metropolises.
(Metropoli? Metropolisises? I don’t know.)

My troubling semantics and grammar belies the amount of analysis, research, and hard-boiled number crunching that went into developing this list.

We drew information from the U.S. Bureau of Labor Statistics, the department of Housing and Urban Development, the U.S. Bureau of Economic Analysis, and facts from Forbes.com in order to come up with the our criteria for our best cities to move to in 2014.

If you want to be bored to death by a lot of dry jargon explaining how we came up with this list, including the criteria that we used, read on. If you’d like to just skip to the good part – the list itself – click here.

We used the following four criteria to judge the largest 150 cities in the United States:

To be considered, a city must currently have an unemployment level less than the national average of 6.5%.

To be considered, a city must currently have a median income of at least the national average of approximatly $44,000 per year.

Best city for median income: Seattle, Washington at $61,000 per year.

To be considered, home values in a given city must be predicted to grow greater than 20% over the next three years, as judged by Forbes real estate analysts.

Best city for projected home value growth:
Phoenix, Arizona at a whopping 41%. This means that if you bought a home in Phoenix at the city average home price of $196,000, you should be able to sell it three years down the road for no less than $276,000 – an increase of nearly $80,000!

“Worst” of the Top 10 for projected home value growth:
Houston, Texas at a still-impressive 24%. This means that if you bought a home in Houston at the city average home price of $191,000, you should be able to sell it three years down the road for no less than $236,840.

For this criteria, we compared each city’s median income to that city’s average home price. The math is simple: higher incomes and lower home prices make buying a home more affordable!

Best city for home affordability: Tie – Fort Worth, Texas and Boise, Idaho, both with an “affordability index” of approximately 0.303 ($51,000 median income divided by $168,000 average home price). 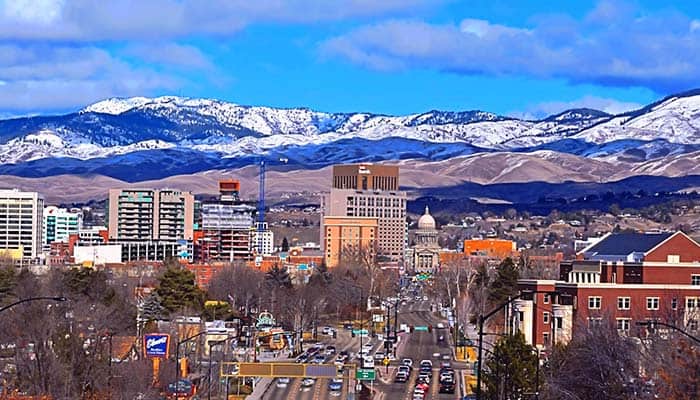 Image courtesy of The Knowles Gallery (link is external)

If you love hiking, biking, and the great outdoors, you’re going to love Boise: the Hull’s Gulch trail system can be accessed directly from 8th street, and Boise is also home to the extensive Boise River Greenbelt (link is external).

Boise, Idaho Facts and Figures for 2014 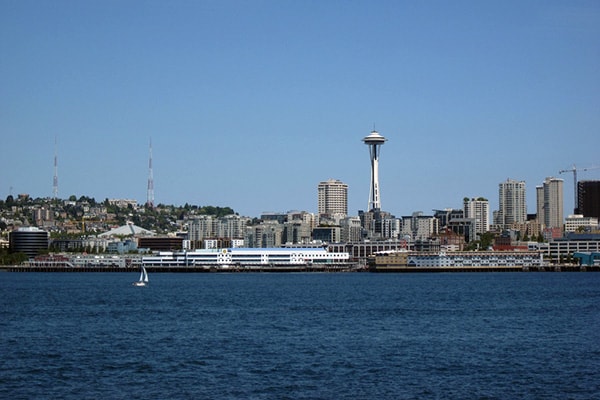 Ah, good old Rain City. Did you know that Seattle actually ranks 44th in the US in terms of average annual rainfall? (link is external)
Whether you’re at CenturyLink or Safeco Field watching the Seahawks or Mariners, or Alki Beach watching actual seahawks and mariners, you’re bound to enjoy this gem of the west coast.

Seattle, Washington Facts and Figures for 2014 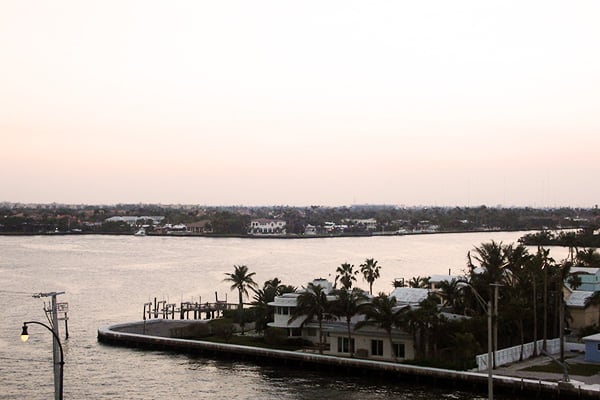 Ft. Lauderdale’s Ratings
(In comparison to the other cities in this list)

With an average year-round temperature of 77 degrees and an annual 3,000 hours of sunshine (link is external),
Ft. Lauderdale is pretty much perfect for anyone who isn’t a vampire or day-walker. The city boasts over 4,000 restaurants, 60 golf courses, 12 shopping malls, and 130-odd nightclubs to keep you entertained — and if you ever get tired of that, you can escape to a cruise ship at nearby Port Everglades (link is external).

Image courtesy of Love My Tours (link is external)

Although Phoenix is technically a desert, you’d be wrong to conjure images of dusty streets and tumbleweeds. Get some exercise with a stroll through the lush greens and vibrant flora of South Mountain Park (link is external) or or cool off and relax while tubing down the rippling waters of the Salt River — either way, there’s a lot more to America’s 6th largest city (link is external) than cacti and sand dunes.

Phoenix, Arizona Facts and Figures for 2014 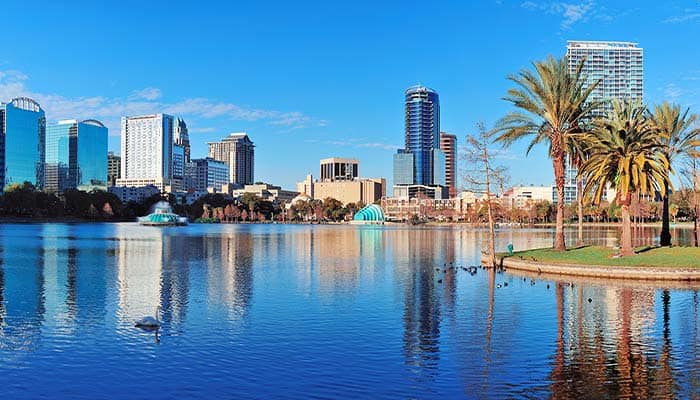 Yes, it’s true that Orlando is “The Theme Park Capital of the World”, but there’s so much more to “The City Beautiful” than Disney and Universal Studios (link is external). If fine arts are your bag, you can catch a production of King Lear at the Orlando Sharespeare Theater (link is external). If you need to blow some of your hard-earned money, The Florida Mall has you covered — it’s one of the largest single-story malls in America (link is external)!

Orlando, Florida Facts and Figures for 2014 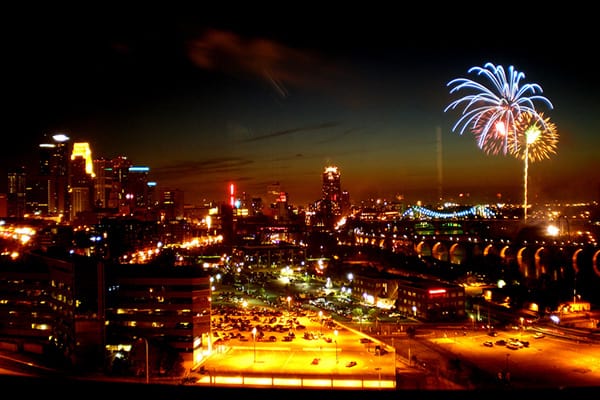 Minneapolis’ Ratings
(In comparison to the other cities in this list)

Don’t let the name fool you — the “Mighty”
Mississippi River isn’t the only big thing about this midwestern
metropolis. Boasting the fifth-highest concentration of Fortune 500 companies (link is external), the “Mini Apple” is a fantastic place to find a corner office in which to hang your diploma (and collect a hefty salary). The appropriately-nicknamed “City of Lakes” also boasts abundant waterways —
over 20 lakes and wetlands in addition to the Mississippi — most of which are conncted by the Chain of Lakes (link is external) parks.

Minneapolis, Minnesota Facts and Figures for 2014 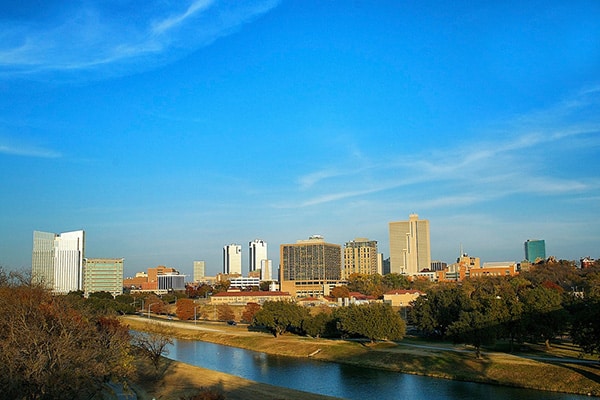 Ft. Worth’s Ratings
(In comparison to the other cities in this list)

About Ft. Worth, Texas

Although it’s planted firmly in the South, Fort
Worth’s motto “Where the West Begins” is entirely appropriate. Whether
you call it “Cowtown”, “Funky Town”, or “Panther City” (link is external),
Fort Worth is truly a cultural gateway to the west — and there’s plenty to do. Slip your roach pokers on and head down to Fort Worth’s historic Stockyards any day of the week to see cattle being herded down Main Street (link is external) for an authentic cowboy experience, or head over to Fort Worth’s vibrant Sundance Square (link is external) for all the culture, nightlife, and fine dining you can handle.

You don’t have to be a Mormon to fall in love with living in Salt Lake City — in fact, less than half of SLC’s population are members of the Church of Jesus Christ of Latter Day Saints! (link is external) Whether you grab your skis and hit Salt Lake City’s famous slopes or rub elbows with Hollywood elite at the Sundance Film Festival (link is external), “The Crossroads of the West” has a lot to offer for residents of all ages, interestes, and religions.

Image courtesy of Sonny Side Up! (link is external)

When Forbes ranks you among its best outdoor cities (link is external)
in the United States, you know you’re living the high life. Rake in the rays while you watch the Buccaneers move the pigskin down the field, or soak up some culture at one of Tampa’s four stage/performing arts venues. If nightlife is more your thing, the Channelside, Ybor City, SoHo, and International Plaza districts will definitely get your blood pumping. In fact, Tampa comes in at #6 on Maxim Magazine’s ranking of America’s top party cities (link is external).

Tampa, Florida Facts and Figures for 2014 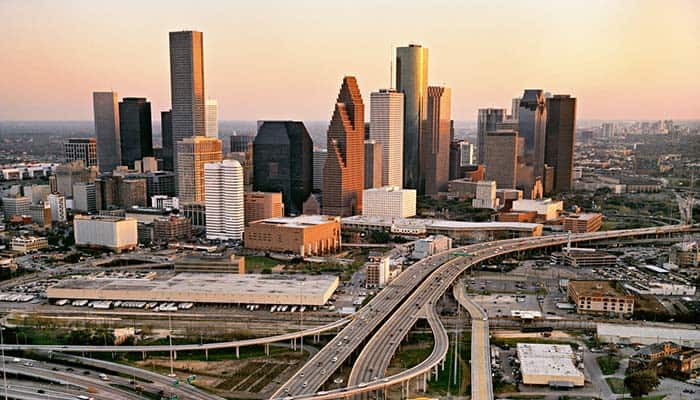 The days when you had to be an oil baron to enjoy living in Houston are long in the past. As the largest city in Texas, and the fourth-largest in the entire United States (link is external), modern metropolitan Houston has plenty to offer for every walk of life. Houston’s museum district includes 20 museums, galleries, and cultural centers that collectively draw over 8 million people each year (link is external). If culture’s not your thing, look no further than Houston’s massive (and famed) Galleria Mall (link is external). If you can pay for it with a credit card, there’s a very good chance you’ll find it at the Galleria.

Houston, Texas Facts and Figures for 2014

Did our rankings get your mouth watering for a move? If so , have you considered using moving labor instead of a traditional moving company? On average, our services are $200 less expensive than a local moving crew, and vastly more convenient than a national van line. Plainly put: if you need moving help of any sort, you’ve already found the very best company on the planet.
And yes – we know that’s a bold statement, and we’re fully prepared to
back it up.